My research focuses on understanding the pathological mechanisms of Parkinson disease and related disorders (atypical parkinsonisms) and in particular the role of alpha-synuclein in cell toxicity and neurodegeneration. A major hallmark of neurodegenerative disorders, including Parkinson disease, is abnormal protein aggregation and deposition. In Parkinson disease and related disorders, intracellular inclusions called Lewy bodies are found. A principal component of these Lewy bodies is alpha-synuclein. Abnormal folding, aggregation, and deposition of alpha-synuclein are believed to be central to the development of neuronal dysfunction and cell loss. A primary goal of my research is to elucidate the mechanisms of alpha-synuclein toxicity and to characterize molecular mediators that may enhance or rescue its toxicity. Our work involves use of cellular, neuronal, and preclinical models that employ alpha-synuclein overexpression and allow for testing of various genes, molecules, and compounds that may modify toxicity and have the potential for novel therapeutics. We have also recently begun studies on related neurodegenerative disorders such as PSP (Progressive Supranuclear Palsy) and ALS (Amyotrophic Lateral Sclerosis, or Lou Gehrig’s disease) in which abnormal protein misfolding and deposition also occur. Current research projects include: 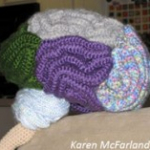 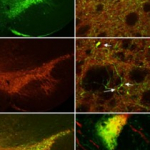